In some scenes there are multiple dynamic objects in almost endless combinations on the screen. A good example for these scenes are video modes, like the car race from Getaway HS2 we use in this example. It is impossible (or very time consuming) to cover all possible combinations of positions of the players car , the approching cars on the street and other objects in ColorMask mode. That is why we developed the ColorMask Layered mode. In this mode all objects in all possible positions are colored and keyframed individually and then combined together dynamically as needed. The first thing you need to do is collect all possible positions of the objects in a single scene.

To start a ColorMask Layered scene do the following:

Now colorize the object for this frame. In our example the mountains and the score 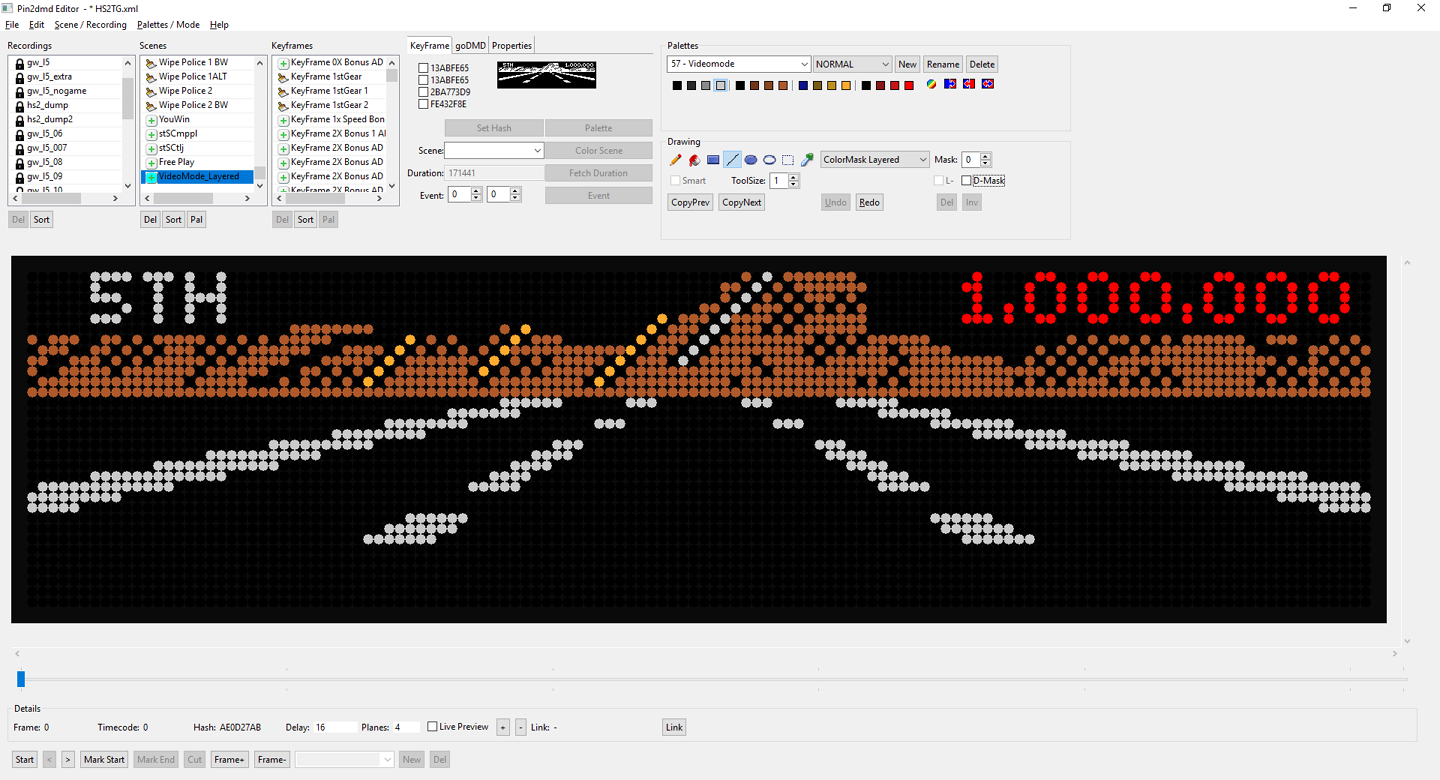 The next thing you have to do is to assign a hash which only triggers the part colorized. You do this by creating a suitable detection mask. ColorMask Layered scenes have 10 detections masks which are specific to this scene and only trigger when this scene is active. Do the following to assign a specific hash for the object: 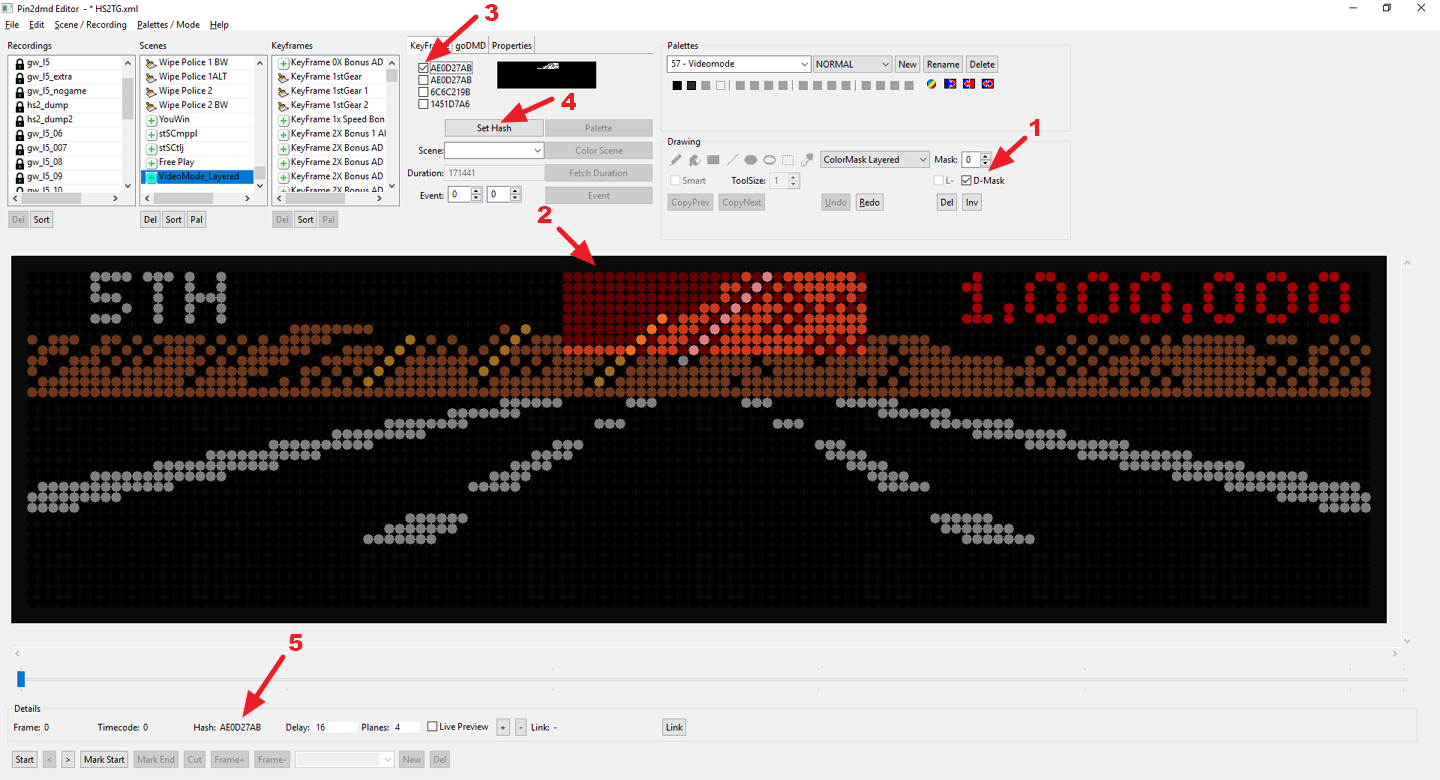 Now we add a frame with the players car in the picture to the scene. There are two ways to add a specific frame to the scene:

Now colorize the car, create a mask and assign a hash like above. 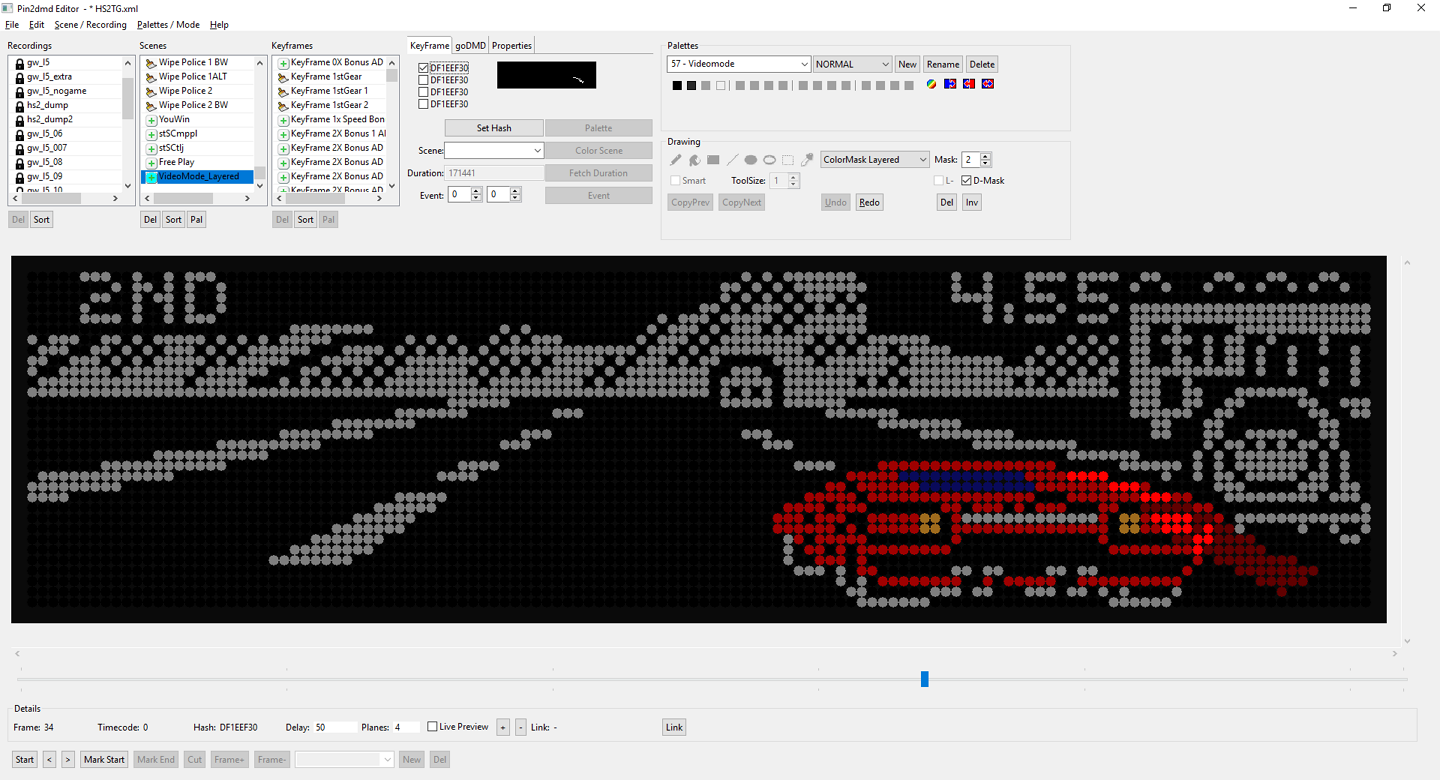 Do the same for the approaching vehicle. 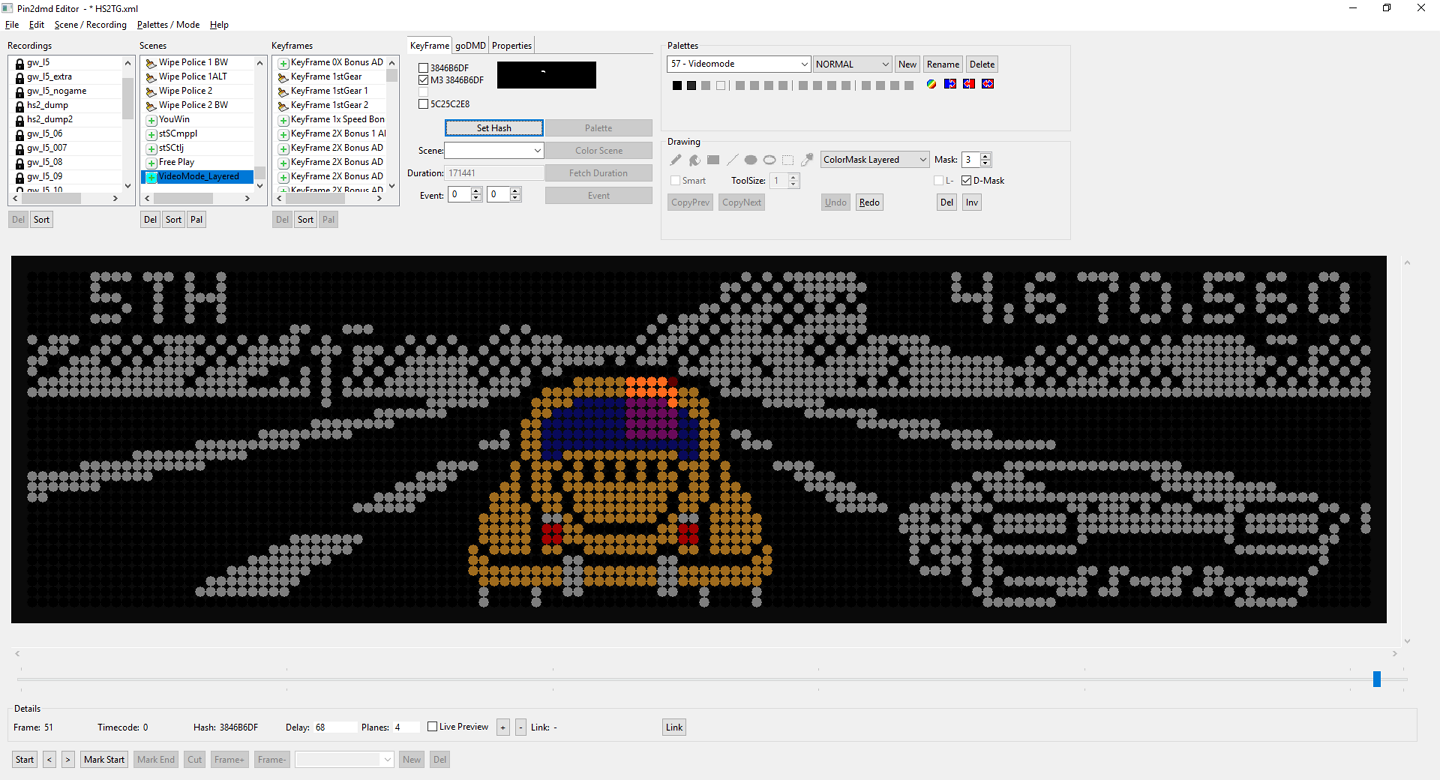 Repeat the above steps for every possible position of the object.  For example for the players car there are about 45 positions. If a postion of an object is missing you may add it at any time in the future.

We now only need to assign a keyframe to the scene, which loads all masks and hashes of all objects in the scene. We selected the first plane of the first frame which contains only the street without any other object (look at the hash preview window). This pictures is only shown in the beginning and does not appear in any of the following frames. 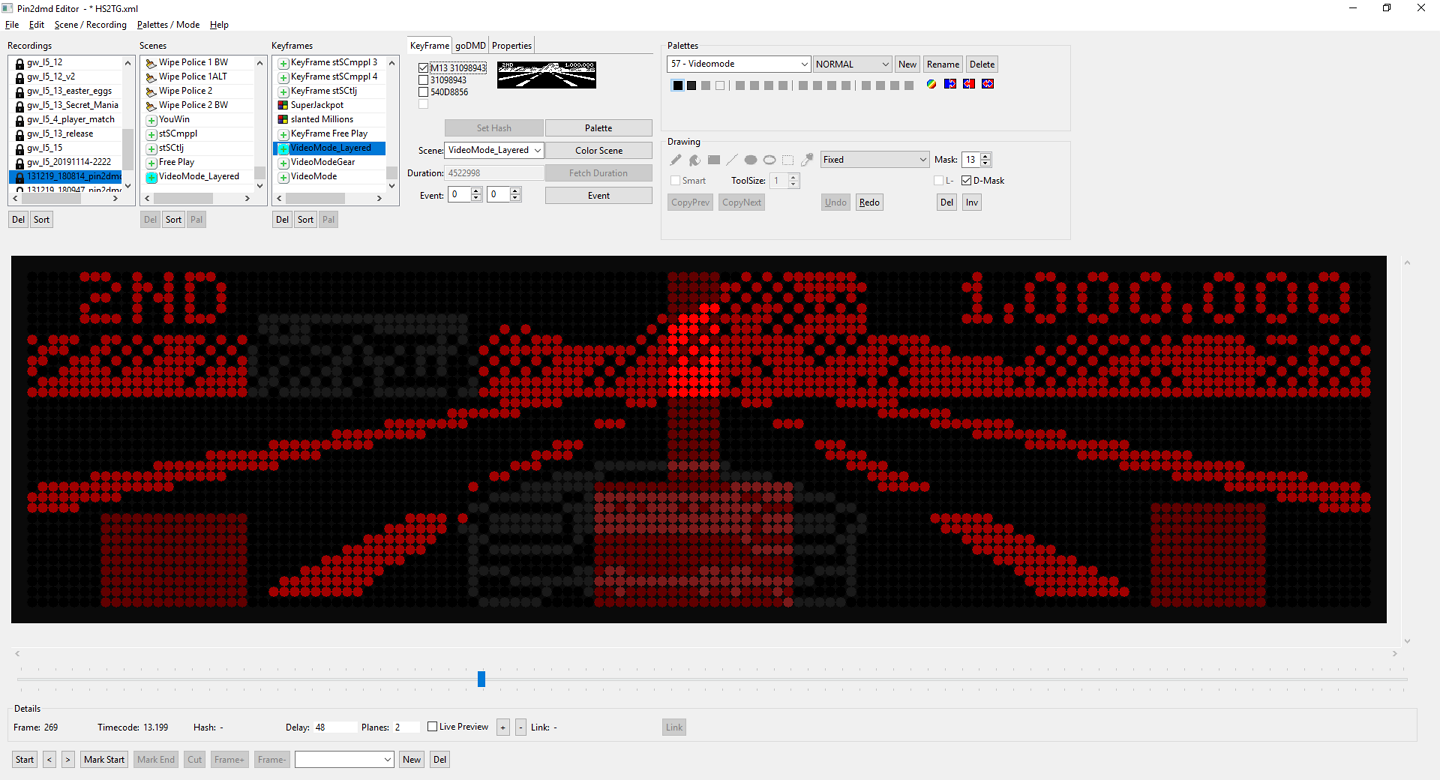 We use cookies to ensure that we give you the best experience on our website. If you continue to use this site we will assume that you are happy with it.
Um unsere Webseite für Sie optimal zu gestalten und fortlaufend verbessern zu können, verwenden wir Cookies. Durch die weitere Nutzung der Webseite stimmen Sie der Verwendung von Cookies zu.OkRead more